Somaliland Telecom Industry – The New Decade and the Challenges Ahead 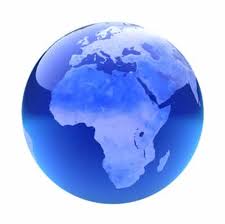 (19-Feb-2011) – SGS published a ground-breaking report which analyses the current state of the Somaliland Telecom Industry. This comprehensive report which is in the form ‘whitepaper’ talks about the evolutionary stages that the industry has been undergoing over the last decade and the challenges lie ahead in the new decade.

For the first time of its history, this report measures the teledensity and the internet-density of the current Telecommunication Industry in Somaliland by analysing the data collected from reliable sources in Somaliland. The fgures show that the total number of lines are 357,000, of which 290,000 are mobile subscribers. This means that the teledensity is approximately 10% and the internet-density is around 3%, which is much lower than expected.

The report also talked about the service types and the technologies used by the various Telecom Operators (aka Network Operators). It points out that Telesom is by far the biggest player in the market and can safely be referred to as the only one with SMP (Significant Market Power) privilege. SomTel is also the second largest operator, with a growing number of Internet users.