President Kagame is recognized for his leadership in the advancement of education and the potential of ICT as a dynamic industry as well as an enabler for Africa’s socio-economic transformation. He currently serves as Chairman of the UN Secretary General’s Advisory Group on UN MDG Advocacy Group.

President Park is the leader of the Republic of Korea, which has consistently topped ITU’s ICT Index for Measuring the Information Society. The Government has unveiled a set of long-term plans that foster creative talent, a move that establishes a new paradigm towards building a vibrant national economy in a digital environment.

END_OF_DOCUMENT_TOKEN_TO_BE_REPLACED 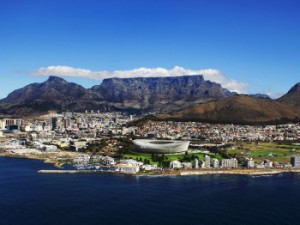 If Internet proliferates in Africa at the rate mobile phones did in the early 2000s, the continent stands to add as much as $300 billion to its economic growth by 2025, a new study by theMcKinsey Global Institute has found.

While most internet connections occur at home or at the workplace, a number of companies and cities have started initiatives to provide cities, towns and suburbs with free Wi-Fi access. IT News Africa has compiled a list of 10 places across Africa that have either already implemented free Wi-Fi or have free access initiaitives in the pipeline.

With Alan Knott-Craig Jnr as the CEO and founder of Project Isizwe, the project is a non-profit which aims to bring the internet to people across South Africa, by facilitating the roll-out of free Wi-Fi for public spaces in low income communities. “The focus is to cover open public spaces around educational institutions within low income communities, as well as congested metropolitan areas. Our Pilot Projects currently are in Stellenbosch and Tshwane (Pretoria),” the company explained. “Isizwe helps Governments plan, roll-out and maintain Free Wi-Fi networks, helping to trigger a ‘multiplier effect’ on the economy and creating employment,” they revealed.