(Nov 2014) — The checkbook is dead. While we’re at it, let’s write an obit for card readers too. And if you’ve ever worried about who might be looking over your shoulder at the ATM machine, or the exorbitant fee that money transfer will cost you, don’t fret.

In years to come — not even that many — these problems won’t even exist as the way we bank and control our finances will change vastly. It already has in many ways.

“We’re in this unprecedented space where technology is moving so quickly it’s starting to scare everyone,” said Gi Fernando, founder and investor of Free:Formers, a company which helps businesses and unemployed young adults with digital training.

“It’s sooner than you think,” said Fernando, who claims in five years from now the technology behind how we manage our banking and finances will be unrecognizable.

Here are five things you most likely won’t need in five years to keep your finances ticking along.

As biometrics become the choice of more companies, outdated PIN numbers and clumsy card readers will be a thing of the past, said Fernando.

“We will see much more use of biometric data,” agrees Steven Lewis, global lead banking analyst at Ernst & Young. “Fingerprints and eye scanners will replace signatures and become more prevalent,” he said.

“For buying stuff it’s going to be pretty frictionless and seamless,” said Fernando, who described a scenario whereby shoppers walk into a store, pick up what they’re after, pay via their device or wearable, and walk out.

Banks — as you know them

Though there will continue to be physical banks, many of them won’t exist as we know them today. Some of them will appear in supermarkets, cafes and coffee shops, and in pop-up stores and concessions, says Fernando. Like 14th-century coffee houses in Venetian society where business deals were done, these new banking environments will serve a similar purpose. “People have a need to meet face-to-face,” added Fernando.

So while there still will be bank branches, many of them will look and feel more like an Apple store, he suggests. 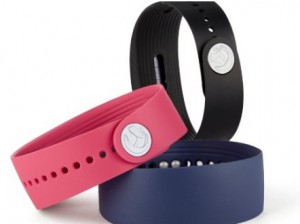 There will always be cash despite what advocates of a cashless society may predict. It’s quick, easy, accepted almost anywhere and can keep your paper track simple.

“Cash will take longer to die out,” said Fernando. In the meantime, smartphones and contactless payment methods will grow in popularity as a way to purchase our groceries, clothes, train and bus tickets and more.

The same can’t be said of checks though. “Over the last few years, the check is pretty much dead,” said Lewis. “We’re using digital technology to transmit that check,” he said.

“We’re going to have a suite of different technologies. The early adopters will be very keen to use their phones. Others will still have cash, checks and cards,” added Lewis.

Want to borrow money but your bank won’t provide the loan? Never fear, there are many different models of peer-to-peer (P2P) lending groups and websites who will lend money directly to individuals and businesses without going through a traditional financial institution.

Lending Club and Prosper are the two largest P2P lenders in the United States. They issued $2.4 billion in loans in 2013, up significantly from $871 million in 2012. And a recent report by venture capital firm Foundation Capital predicts the global market for P2P lending could be worth over $1 trillion by 2025.

“We’ve seen significant growth amongst P2P lenders over the last couple of years,” said Lewis. “Although they still represent only a tiny fraction of the overall lending market, their approach is beginning to shake up the traditional bank lending model — so much so that some banks are starting to partner with P2P lenders to offer greater choice to customers.”

The days of trudging down to the bank or money transfer agent to send your hard-earned money back home or abroad may soon be over. Already there are a wide choice of companies online which offer money transfers with lower transaction fees — Transferwise,Kantox, CurrencyFair to name a few.

Social media could broaden the appeal, with financial services company Azimo letting users transfer money through Facebook, as well as via the Azimo website and app. While a commercial bank charges on average 12% to send remittances and a traditional transfer operator charges about 6.5%, Azimo says it charges only 2%.

Azimo is growing rapidly, doubling in size every two-and-a-half months, said the company’s CEO Michael Kent.”We estimate that about 98% of money transfers are still being conducted offline,” said Kent, “but with the numbers moving to us we see that changing rapidly and that there will soon be a tipping point as customers realize the cost savings and benefits that digital brings.”

It won’t be an immediate switch though, warns Lewis. “Certainly additional providers will increase competition, but we’re also seeing a number of banks be more restrictive in the money transfer space as they grapple with increasingly complex and punitive anti money-laundering regulations.”